Divorce With Children: How Much Does It Cost and How Long Does It Take?

What Affects the Cost and Duration of Divorce With Children?

Over half of all divorce cases involve issues of child support or child custody. To learn more about the cost and duration of divorce when minor children are involved, we recently surveyed our readers. Here’s what we found out.

How Much Does Divorce Cost When Children Are Involved?

Getting divorced when you still have children at home is not cheap. Spouses spent an average of $19,200 for a divorce involving child custody and support issues, including $16,200 on attorney’s fees. (Compare these numbers to divorces where minor children are not involved, where the average total cost was $12,500 and the average attorney fees were $9,200.)

Percent Who Go to Trial

At the lower end of the range in divorce with children are cases where child support and custody are the only issues; at the higher end of the range are cases where alimony and property division are also issues. In addition, cases that go to trial are always more expensive than cases that don’t. Going to trial means more attorney’s fees, along with court fees and possibly expert witness fees. Spouses who couldn’t settle their issues spent and had to go to trial spent an average of $22,500, including $19,600 in attorney fees. Fortunately, the majority of spouses divorcing with children (about 75%) are able to settle their issues without going to trial. Sometimes this happens after a few sessions of negotiations between both sides’ lawyers, but in divorces with children, it’s more often after discovery, depositions, and pre-trial hearings. On average, a divorce involving children that settled before trial cost $16,100, including $12,600 in attorney fees.

How Long Does Divorce Take When Children Are Involved?

Divorces with issues of child support and custody took an average of 11 months, from the filing of the petition to the final court order. As with the cost of divorce, whether a case goes to trial greatly a!ects the time it takes to resolve the case, due to pre-trial discovery, motions, and hearings. Those who were able to settle all of their issues without a trial were done in 9 months, while those who took one or more issues to trial had to wait an average of 17 months for a resolution. The number of issues needing to be resolved also affected how long it took to complete the divorce.

How a Custody Dispute Affects the Cost and Length of Divorce

Child custody, visitation rights, and who gets the kids for holidays are some of the most difficult issues for divorcing couples to resolve. This is especially true when one side refuses to negotiate or when one spouse wants to move away with the child(ren). A custody battle requires more hours of an attorney’s time and, as a result, increases the cost and length of the divorce. There can also be additional costs with custody fights. If a judge orders a child custody evaluation, which is common in cases where the parents aren’t able to work out a custody agreement, the spouses will have to hire a trained child custody evaluator, paying anywhere from $1,000 to $10,000. (See our article on hiring a custody evaluator.) Or, if an older child expresses a preference for one parent over the other, the parents may need to hire an attorney for the child, and all parties will need to attend special hearings to deal with this issue (see our article on child preference in custody battles for more information). Finally, if there are allegations that one parent is unfit, neglectful, or mentally ill, the spouses may need to attend and pay for psychological evaluations. Sometimes, these are included in the child custody evaluations; other times they require a separate cost.

While each state has its own formula for calculating the amount of child support to be paid (with the biggest factor being how much the parents earn), there are plenty of points spouses can fight over. Spouse may disagree on what income counts (bonuses, retirement income, business profits) and who will pay for “add-ons” like day care, private school tuition, summer camps, and braces. Hammering out these issues may require formal discovery (requests to produce information and documents), depositions, and more attorney hours, all of which cost time and money.

In 80% of divorce cases involving child custody and support, one of the parents is also asking for alimony (also called “spousal support”). Alimony often becomes a di”cult issue in cases where one spouse was unemployed or underemployed (working only part-time or making less than he or she is capable of) for a long period of time in order to be the primary caregiver for the couple’s children. With these types of disputes, the spouse asked to pay support may request a vocational analysis to assess how much a former stay-at-home parent could earn upon reentering the work force (but this doesn’t usually occur if the couple has very young children). In addition, as with child support, the spouses may disagree on whether bonuses or what portion of a business’s profits should be counted towards alimony. Resolving these issues will increase the overall cost of the divorce in terms of court fees, expert fees, and attorney’s fees. (For more information, read our article on what you need to know about alimony.) When all is said and done, in the average divorce involving child support and alimony, total typical costs for one spouse, including attorney’s fees and additional costs, ranged from $12,000 to $20,000, with an average of $18,000. Divorces that included child support, child custody, and alimony issues took an average of 12 months to resolve. Those who were able to settle all of their issues without a trial were done in 9 months, while those who took one or more issues to trial had to wait an average of 17 months for a resolution.

How Property Division Affects the Cost and Length of a Divorce

In two-thirds of divorce cases involving children, there are also issues of property division and/or debt division: deciding how to split the assets and debts owned jointly by the couple. Disputes involving the family house are especially common when children are involved, but retirement accounts, savings, and stocks also need to be divided equitably. Because the family home is often the most valuable asset in a divorce, there is usually controversy over who gets to keep it (and the mortgage payments). Resolving a dispute over the family house can be expensive and time-consuming; in addition to the hours it takes to negotiate terms and the resulting attorney’s fees, the spouses will likely incur the cost of hiring a real estate appraiser and perhaps the costs of preparing and selling the property. (For more, see our article on splitting the house in divorce.) In the average divorce involving kids and property division, average costs for one spouse, including attorney’s fees and additional costs, were $16,000. And according to our survey results, divorce for folks who had issues of child support, custody, and property division took an average of 12 months. Those who were able to settle all of their issues without a trial were done in 8 months, while those who took one or more issues to trial had to wait an average of 17 months for a resolution.

Want new articles before they get published?
Subscribe to our Blog.

*Your information will be kept private and not shared with any 3rd party. 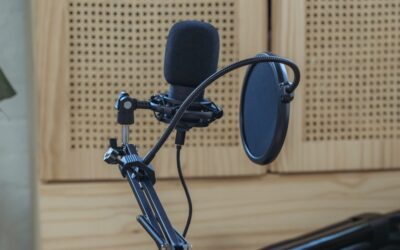 Learn what you’ll need to know before getting divorced and who you’ll need to consult at which stage of divorce proceedings in this exclusive interview.

END_OF_DOCUMENT_TOKEN_TO_BE_REPLACED 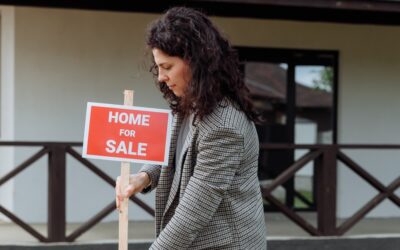 If you’re considering selling your house in the near future, you need to pay close attention to changes in the housing market.

END_OF_DOCUMENT_TOKEN_TO_BE_REPLACED 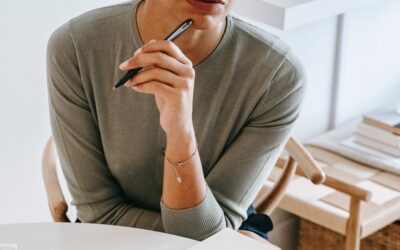 You need help to break down not only the valuable financial information you’ll need to know before getting divorced, but also, who you’ll need to consult at which stage of divorce proceedings.

END_OF_DOCUMENT_TOKEN_TO_BE_REPLACED

We envision a divorce process that allows you to keep your money in your family by developing affordable, common sense solutions that are compassionate, straightforward and transparent, resulting in empowered decision making.